EMPA is the Swiss Federal Laboratory for Material Science and Technology. Within HyCool, they are responsible for selecting the best adsorption materials for the HyCool project. They are finding ways to use state-of-the-art adsorbent materials and integrate new materials that could increase the performance of the HyCool Hybrid Chillers.

To better understand and monitor material performance, they are developing a computational tool that can predict its behavior in a given industrial application. These simulations produce important feedback for material scientists to improve them, thus improving the cooling capacities of the chillers and reducing the time from lab to market of these materials.

If you want to learn more about their work, then take a look at this interview where Emanuele Piccoli further explains EMPA’s work and how this innovation benefits the industrial sector.

Article by Alex Grande, from IDP

Powering of industrial processes, if based on renewable technologies, may offer greater potential for CO2 emission reductions. Solar thermal energy is a promising sector which has been widely studied during the last two decades, becoming a candidate of the highest potential among renewable energy technologies, especially for industrial heating and cooling processes, because some technologies, such as heat pumps and mechanical vapour recompression, are particularly effective in hybrid systems.

The use of direct solar heat in industry is often hampered by barriers like lack of nearby available surface and seasonal imbalances. However, recent solar steam developments applied in the cooling demand services is growing worldwide with a wider variety of use, mainly within the industry. Some technologies, such as heat pumps are particularly effective. The two demonstration sites selected to tests Hycool system (Bo De Debó and Givaudan) are industries where custom-designed packages will be built, installed and tested.

Bo De Debó is a specialised industry in preparing precooked fresh dishes based on meat, fish and vegetable products, for being frozen, vacuum-packed or canned, and then sealed. In this site, Hycool will pre-cool the water in a buffer tank where it should be cooled down with other chiller in order to get 3-5ºC needed for the production of “gazpacho” (a kind of vegetables juice) and food washing processes. The residual heat from the system will be used to produce hot water for cleaning operations.

Givaudan is the global leader in the creation of flavours and fragrances. In close collaboration with food, beverage, consumer product and fragrance partners, Givaudan develops tastes and scents that delight consumers the world over. The Hycool system will provide the cold water needed to refrigerate the glycol stored in a buffer tank before it’s pumped to the vacuum pump water rings. The residual heat from the system will be used to produce steam to be injected in the factory net.

In summary, the solar thermal energy provided by the Hycool System will allow our pilot sites:

Article by Zia Lennard, from R2M

The EU-funded HyCool project is demonstrating the technical and economic feasibility of solar thermal cooling production for the chemical and food industries in two pilot sites. By coupling modular Fresnel concentrated solar panels with thermal storage and hybrid cooling units, HyCool extends the range of applications not only to higher temperature processes, but also to cooling and refrigeration.

HyCool stimulates the market segment by addressing the technical feasibility and the issue of business models to stimulate investment towards wide-scale penetration of solar thermal for industrial processes.

Innovative and adaptive solutions can help alleviate high capital investment by industrial players, shifting risk to actors such as ESCos whose core business is to finance, plan, install, and operate renewable energy systems. As one example, in the sunny countries of Spain, Portugal, and Italy, there are approximately 18,500 steam boiler systems in operation – each a potential market opportunity for HyCool to advance the state of the arts in solar thermal for industrial applications. By demonstrating the technical feasibility and validating business model assumptions with relevant stakeholders, this market segment can be propelled. 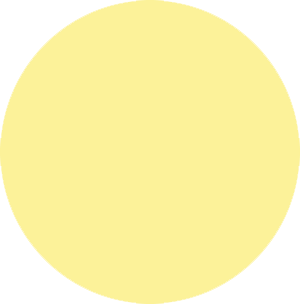